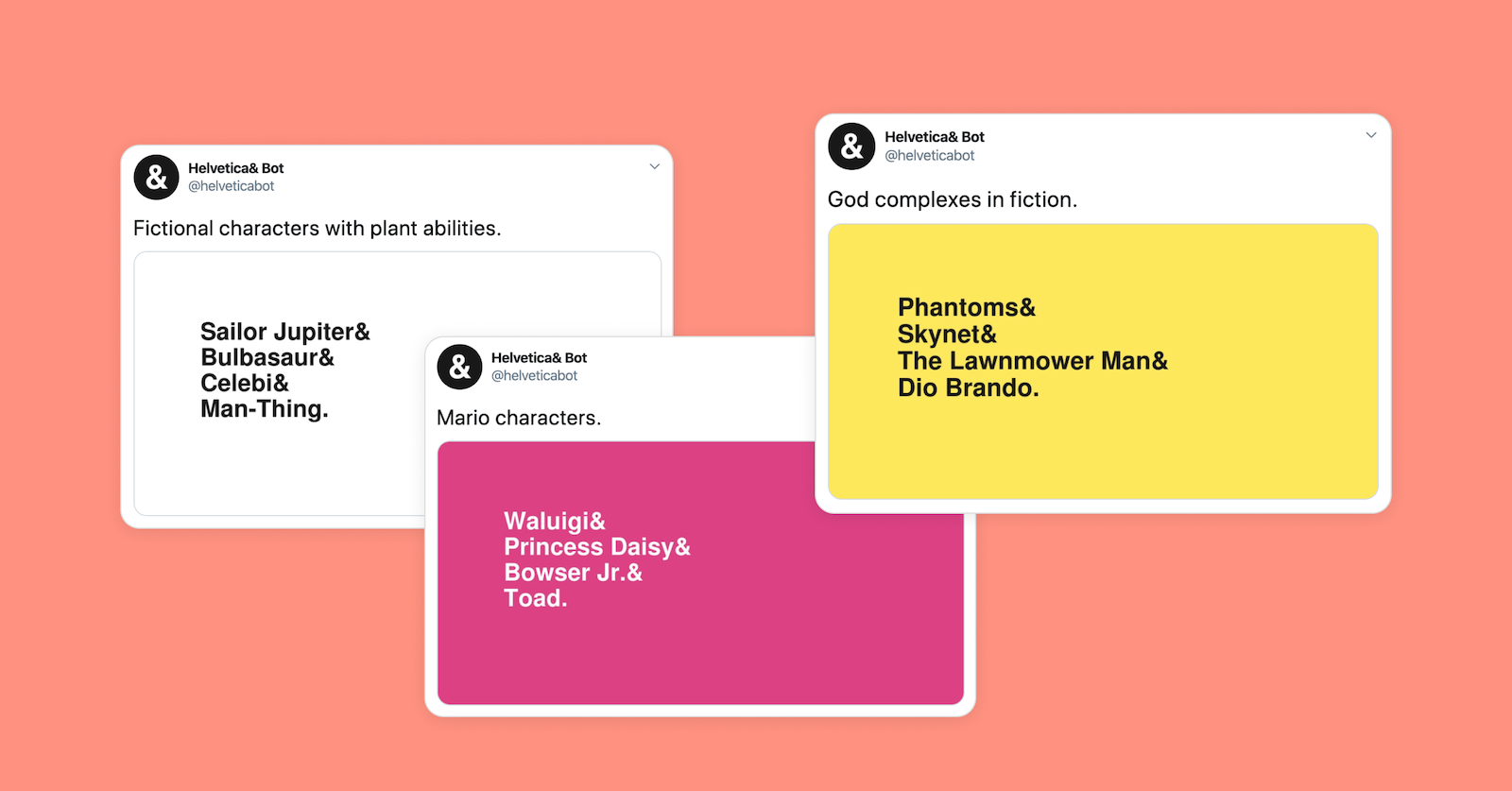 I built this project in a rush of pure inspiration. I was sitting in a café in Prague and had just finished reading Darius Kazemi's write-up of how he made his Bracket Meme Bot using the Wikipedia API (if you're into computational creativity and you're not familar with his work, you should definitely check him out). I looked up from my laptop and immediately noticed somebody wearing a "John & Paul & Ringo & George" t-shirt. An idea for a new Twitter bot just fell right into my lap. 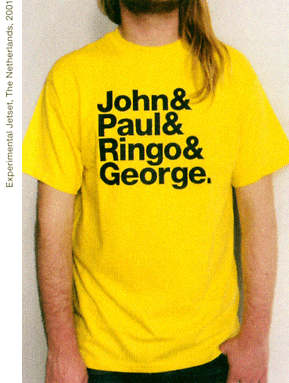 The design of these t-shirts is so simple, yet visually striking, that it has spawned countless imitations. The concept of taking a well known group (like the Beatles) and listing it's members one by one hits an interesting balance; you show your allegiance to a group without necessarilly using the "brand name" itself. It has the effect of a nod between people "in the know", especially when the groups are quite obscure. If you're interested in reading a little more about the origins of the design and the people behind it, you should check out this article from the archives of the iconic design studio Experimental Jetset. I love how they frame the underlying idea of the design: "pop-cultural imagery 'abstracted' through text".

Back to the bot!

Helvetica Bot is hosted on Glitch — you can view and remix the source here. It works by using the Wikipedia API to select a random Wikipedia Category that has a plural noun in its title. It then gets the list of Pages in the Category, and picks 4 at random to draw to a canvas before tweeting it out. A cron job that I set up to ping the Glitch app hourly wakes up the bot and triggers the process.

Sometimes the bot follows the traditional pop-culture format of the original inspiration material. 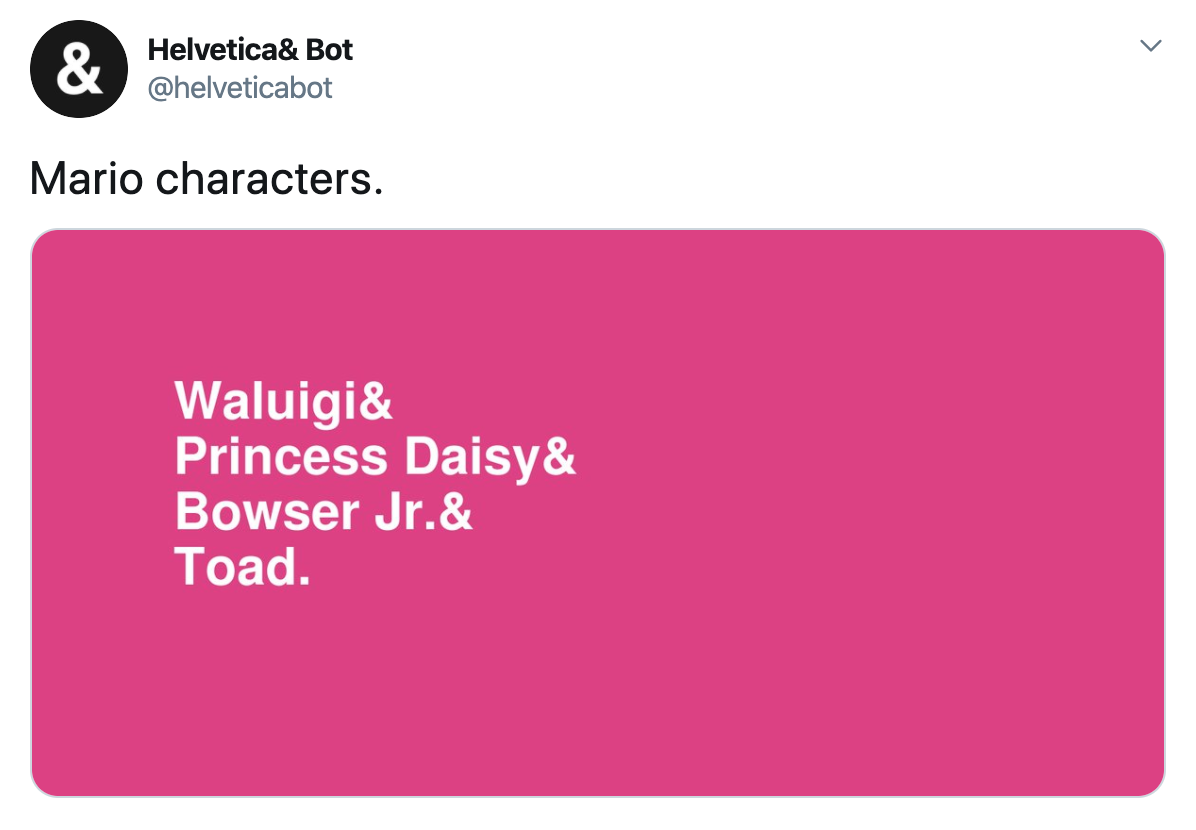 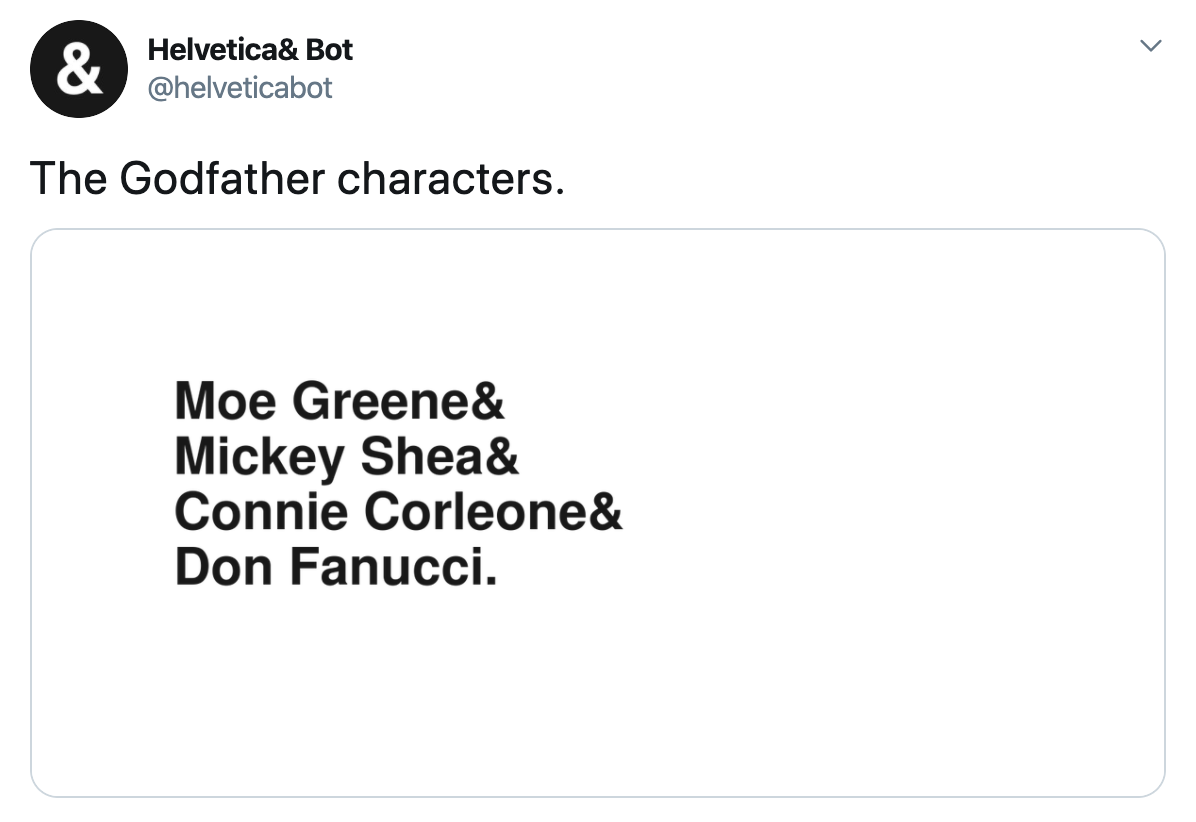 Sometimes the categories that the bot chooses are significantly more obscure... 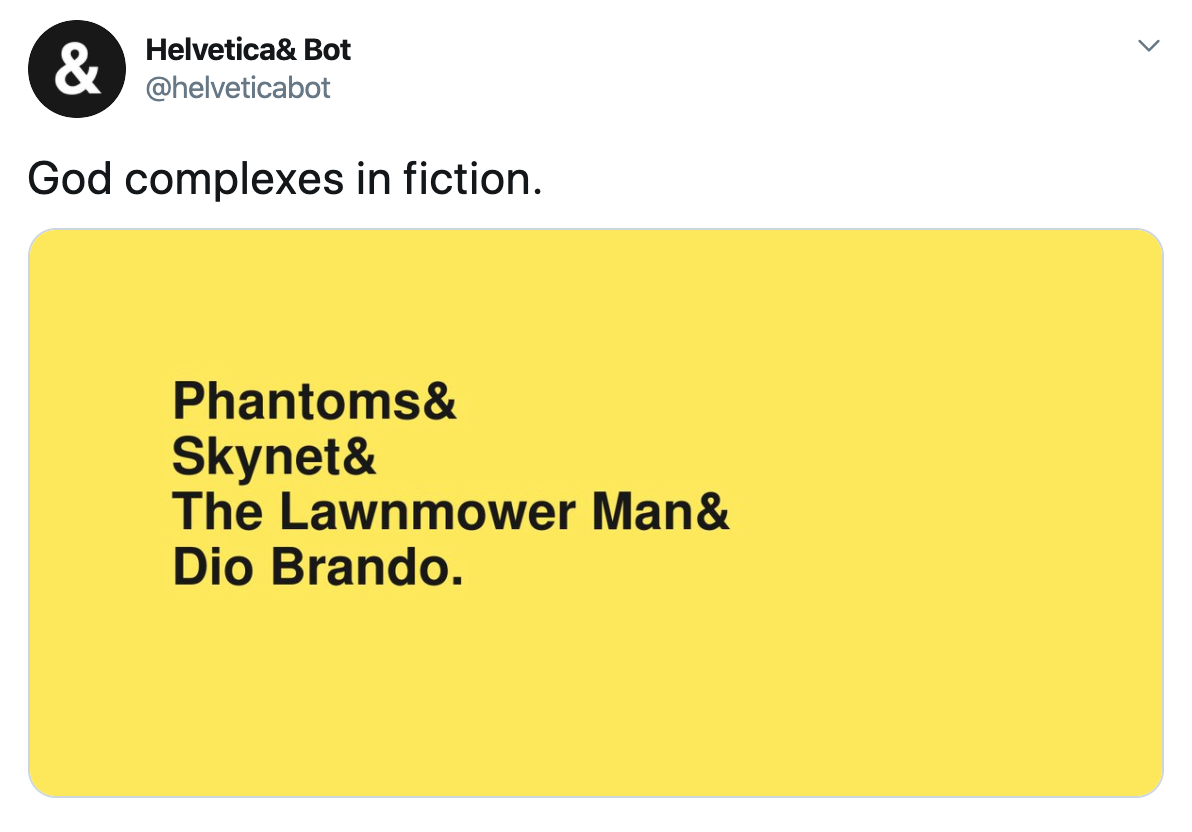 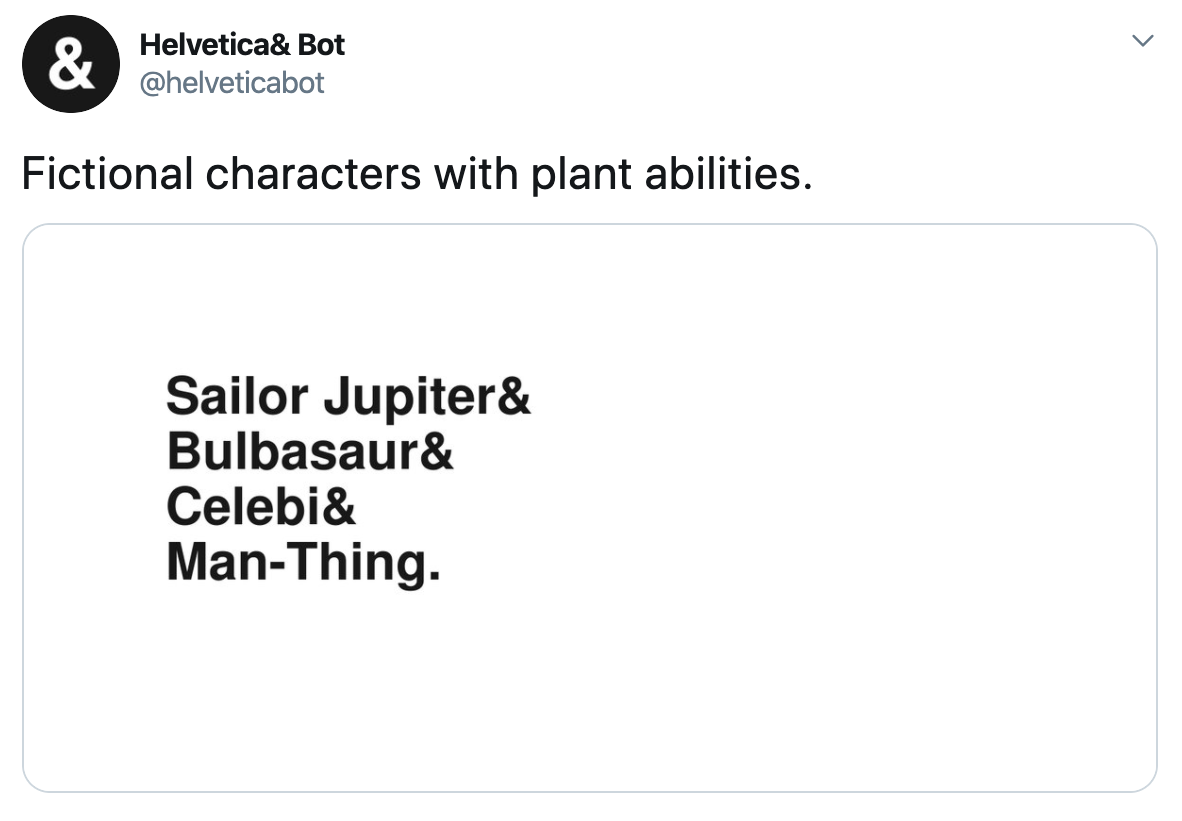 Sometimes the bot teaches you a little about history or biology. 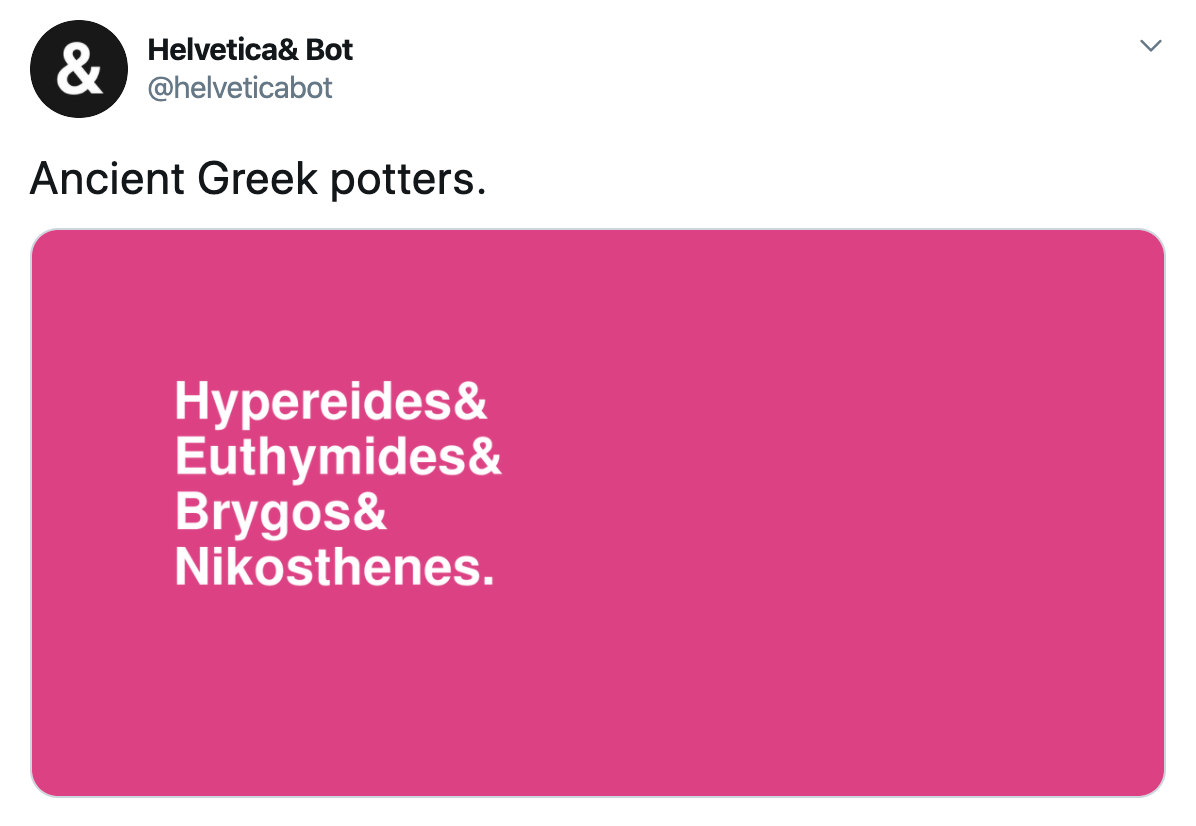 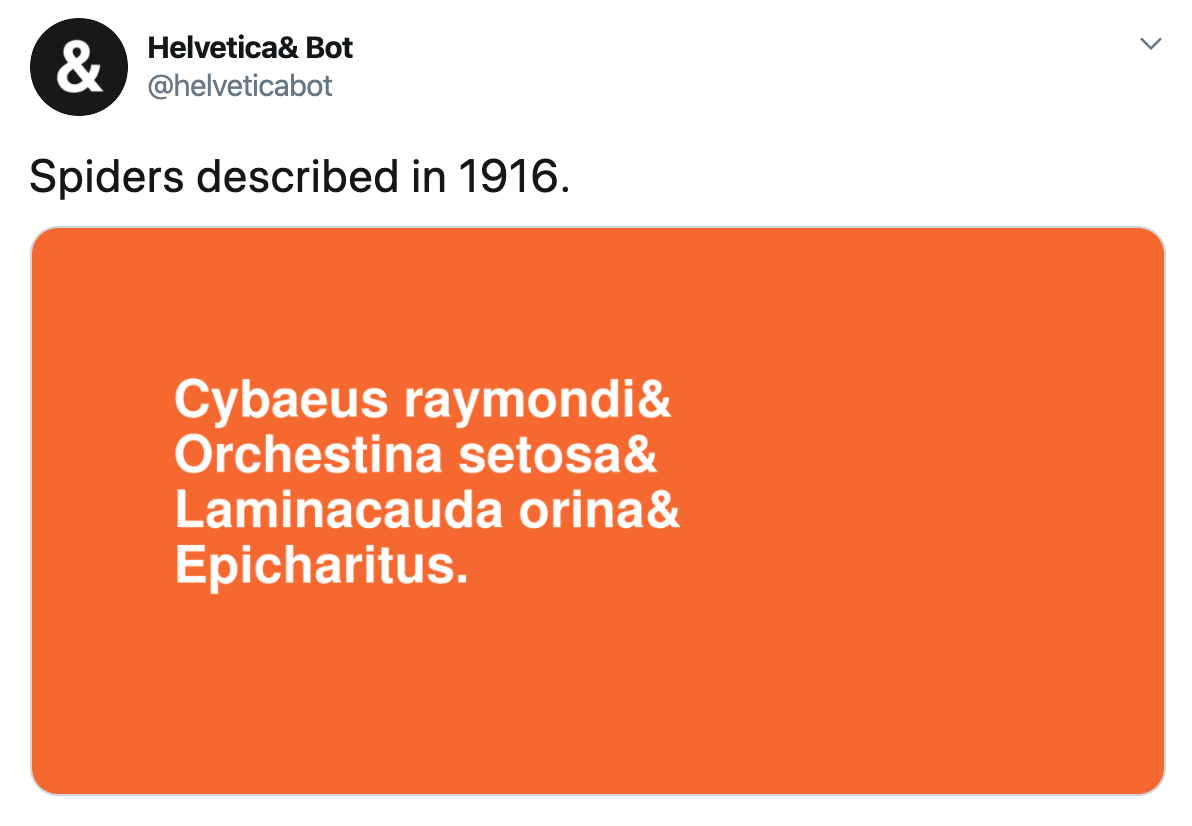 Sometimes it highlights members of less well-known groups that people really should know. 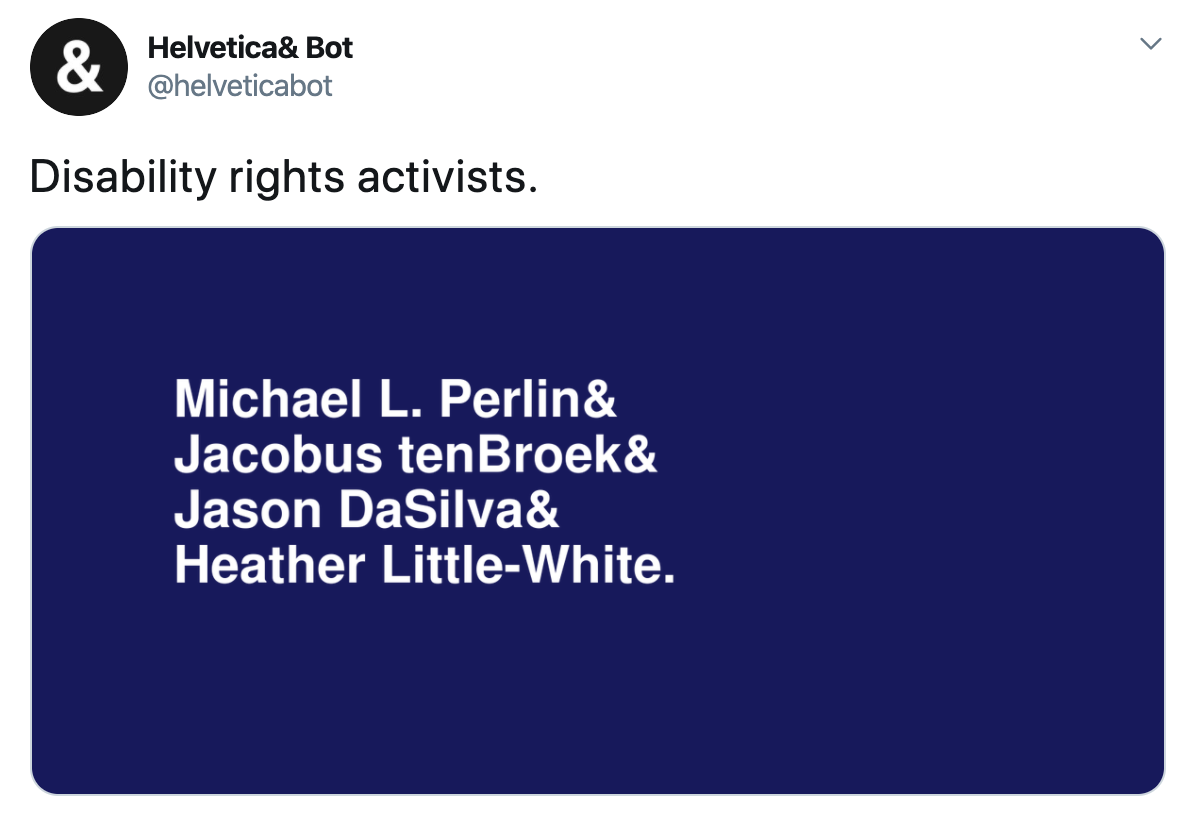 Sometimes the bot reveals a little bit about how Wikipedia itself actually works. Here are some terms that are under discussion for whether to implement an automatic redirect — some contemporary news has snuck in. Clearly enough people are mispelling 'Novel Corona' (virus) that Wikipedia is considering automatically redirecting! 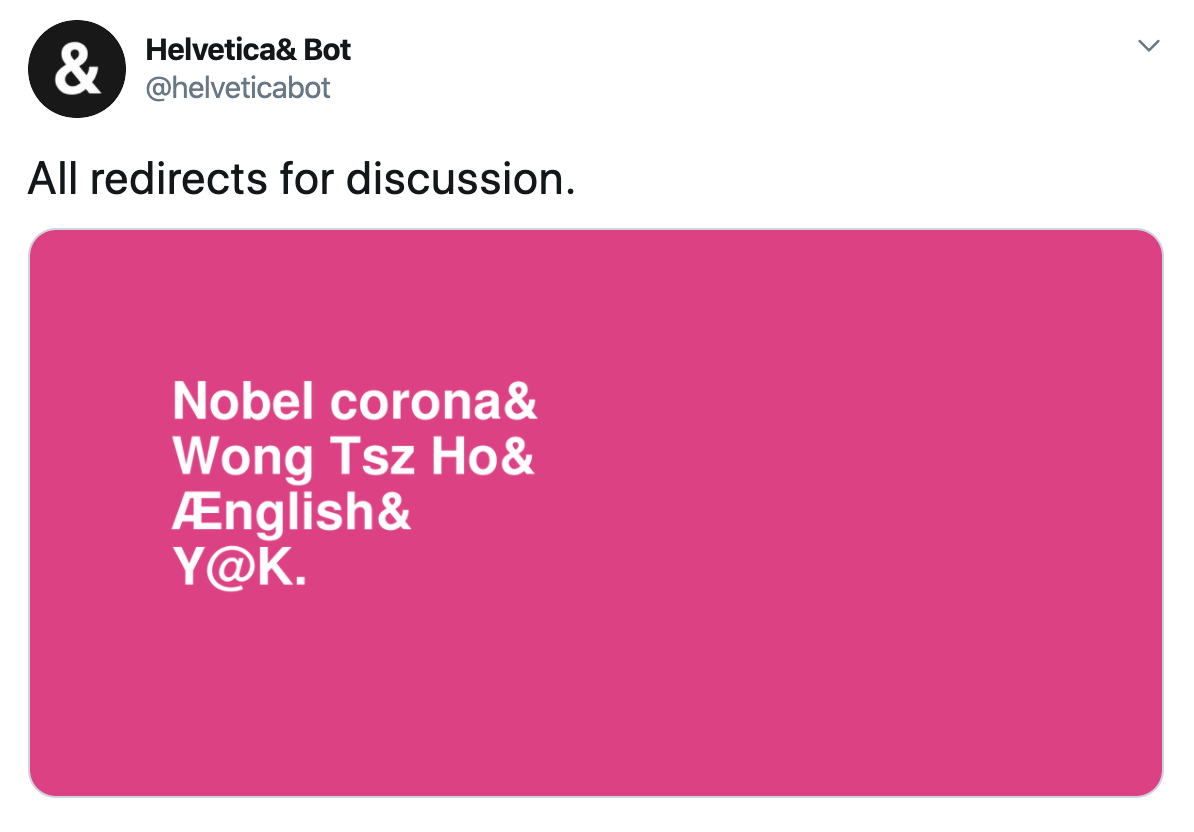 ... and sometimes the categories are just so damn specific that it's just kind of funny to imagine a tshirt being made for them. 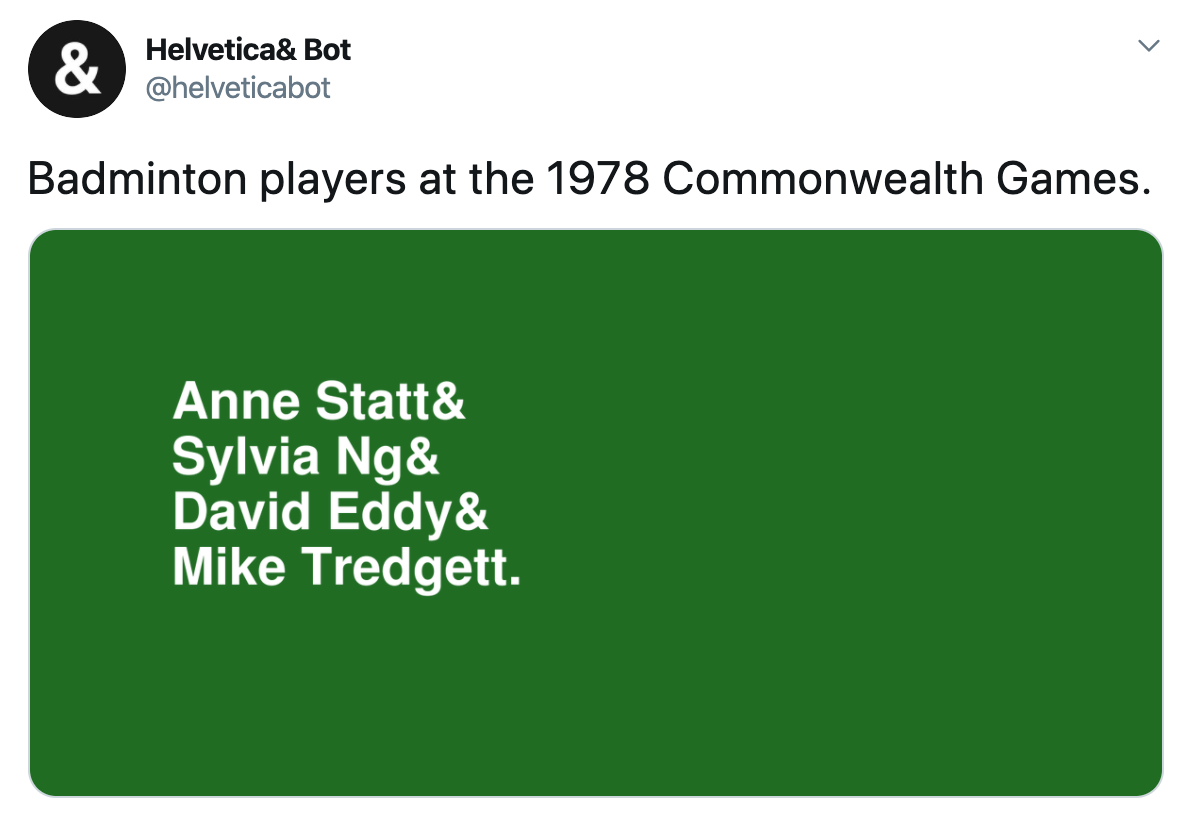 Something that I'd never really considered when I put this bot together was the fact that the bot might put some extremely uncomfortable or disturbing content out there. I had implemented a word filter for common "naughty" words, but didn't think about the fact that words like "disasters", "wars", "deaths", etc. were all words that aren't inherently controversial... They only become controversial when they are used in situations like a bot that randomly uses them to generate a t-shirt design. I've had to update the word filter multiple times to ensure my little art project isn't accidentally making people uncomfortable.

Bots can be a handful, let me tell you that.